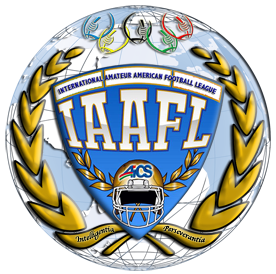 Our dream, it is one day, walks along any park of any city of the world and to see a ball of AF fly high in the sky and groups of boys/girls playing, a world where groups of persons get together and forming a team could have the possibility of taking part to fans, without having that obligatorily to be a team legally constituted that takes part to an official national championship, a world where to play AF in its multiple versions is easy to access to all to any level and age, in the schools, the universities, neighbor hoods, like is almost in all the other sports in the world.

We want to offer an alternative to the fans level really to develop our sport to all the ages and realities, to give the possibility to institutions, and to groups of persons who get together for free association, of playing, of being able to do experience, of being able to take part to clinics, tilts and leagues and one day, because not?? To pass to play in official championships to Regional or National level, and to help these countries where still a federation or official association does not exist.

At the end, to play better AF you have to play AF !!!! more games you play, more god you will be and more good will be the level… so, everyone can play like amateur, we don’t care about if you are affiliated to a federation, we are not in opposite with IFAF…

Because of it we have created the IAAFL, International Amateur American Football League, an association without purpose of profit, affiliated to CSIT International and recognized for IOC, International Olympic Committee.

We want to enter in the Schools, Universities, Public or Private Institutions, Parishes, Neighborhoods of the whole world with the practice of the AF all its versions as formative sport the values that in it are lived, only ones among many sports, to form strong, motivated young men, of success that they will be men in the future that they are the example for a new and better society.

If you love the AF, take part you also to this project for a better world …